Accounting for Share Capital starts when a company offers shares to the general public. Persons desirous of becoming shareholders of the company apply to the company for the purchase of a certain number of shares. This application is to be given on the prescribed form.

Accounting for Issue of Shares

In the process of raising its minimum subscription, a company invites applications. When the minimum subscription has been raised, the company proceeds to allot the shares. An application for shares is an offer and the allotment is an acceptance. The allotment of shares is an act of the company by which an applicant for shares becomes the holder of the shares.

If the issue is over-subscribed, a certain formula is used to allot the shares. For example, applications for 10 shares may be allotted 50%; applicants for 100 shares may be allotted 25 % of the shares applied for, and so forth. Thus the excess amount is returned to the applicants. After finalizing the allotment the company informs the banks of the bases of refund, and the bankers refund the money accordingly.

First or Initial Issue with Full and Over-Subscription

Requirement: Record the above transactions in the books of the company and show how it will be shown in the Balance Sheet of company if:

(a) Applications for exactly 60,000 shares were received. 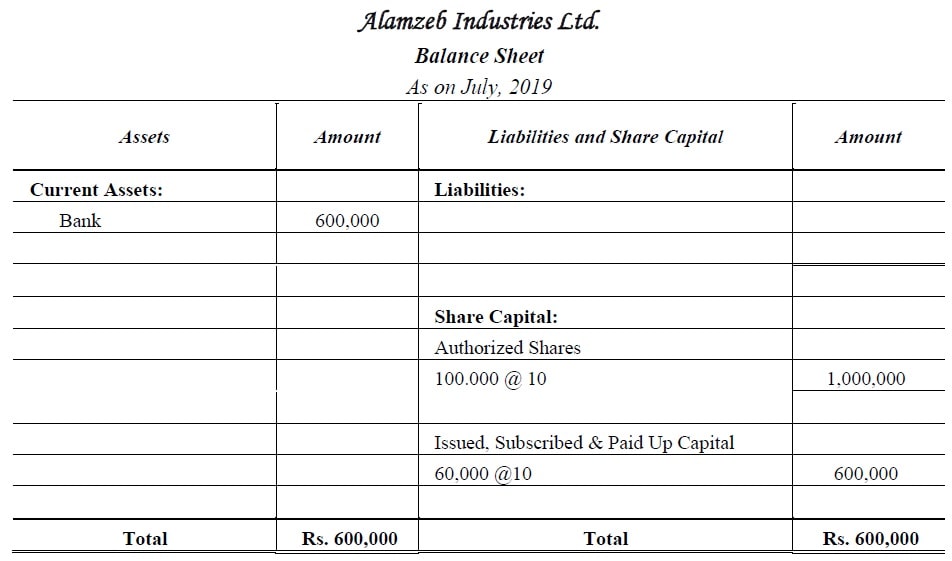 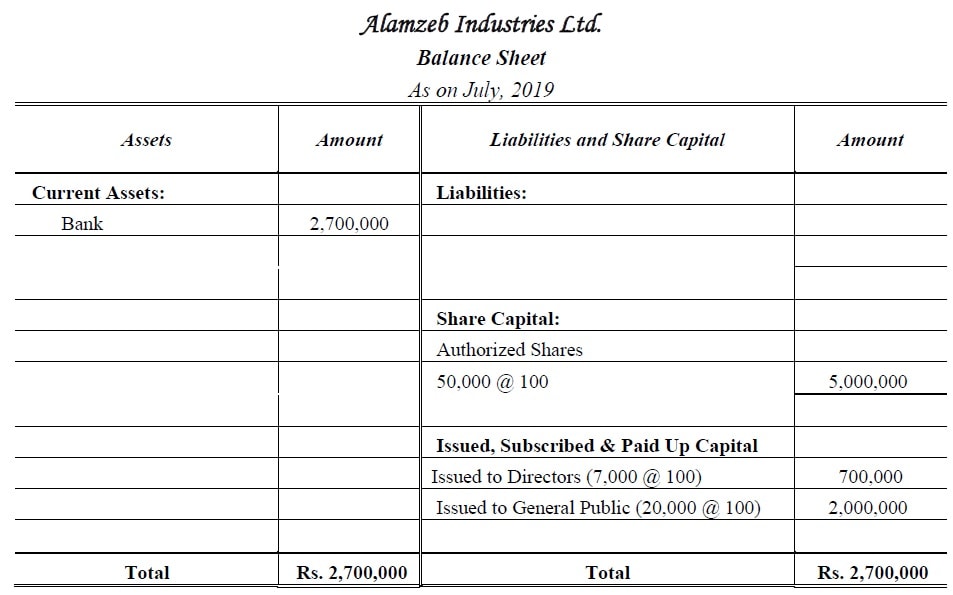 Requirement: Pass the Journal Entries and show how they would appear in the Company’s Balance Sheet at the end of February 2020. 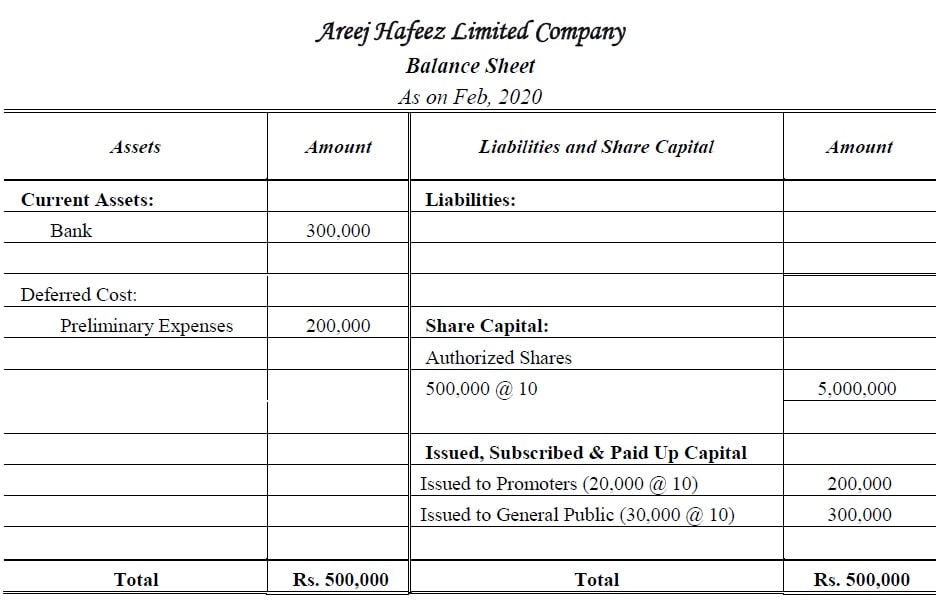 Back To Financial Accounting
Next To Consignment Accounting