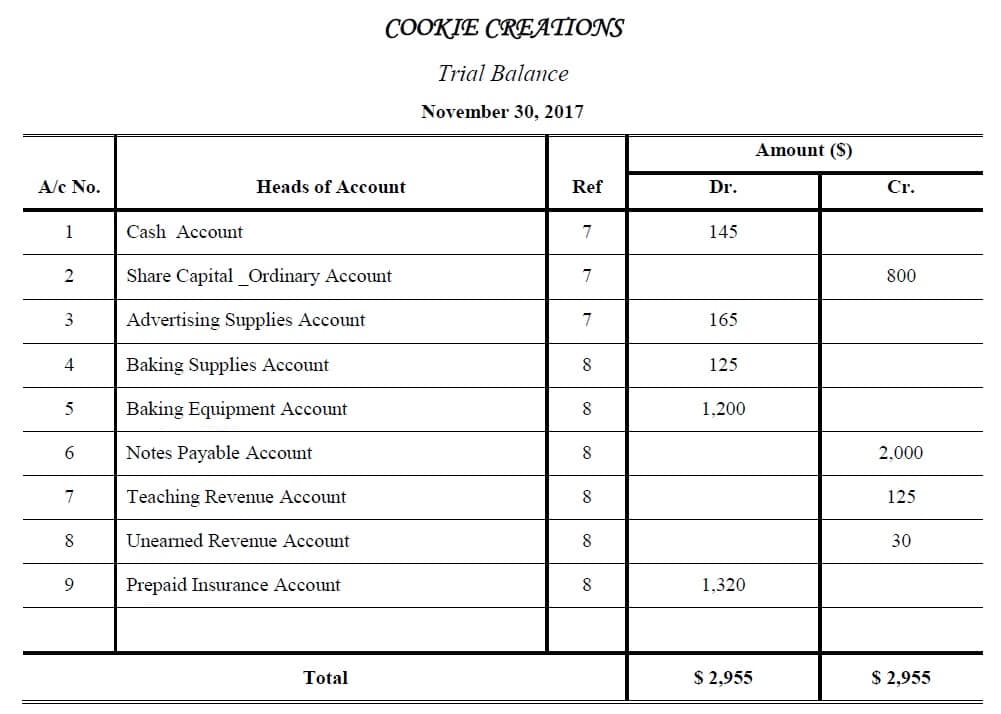 Note: Because the notes payable is not due for 24 months, it follows Unearned Revenue in the Balance Sheet

Adjustment Entries at the end of November, 2017

It is the end of November and Ms. Rabia has been in touch with her grandmother. Her grandmother asked Ms. Rabia how well things went in her first month of business. Ms. Rabia, too, would like to know if she has been profitable or not during November. Ms. Rabia realizes that in order to determine Cookie Creations’ income, she must first make adjustments. Ms. Rabia puts together the following additional information.

1. A count reveals that $60 of brochures and posters remain at the end of November

2. A count reveals that $35 of baking supplies were used during November

3. Ms. Rabia estimates that all of her baking equipment will have a useful life of 5 years or 60 months and zero residual value. (Assume Ms. Rabia decides to record a full month’s worth of depreciation, regardless of when the equipment was obtained by the business round to the nearest dollar).

4. Ms. Rabia’s grandmother has decided to charge interest of 6% on the note payable extended on November 16. The loan plus interest is to be repaid in 24 months. (Assume that half a month of interest accrued during November).

5. On November 30, a friend of Ms. Rabia’s asks her to teach a class at the neighborhood school. She agrees and teaches a group of 35 first-grade students how to make Santa Claus cookies. The next day, Ms. Rabia prepares an invoice for $300 and leaves it with the school principal. The principal says that he will pass the invoice along to the head office, and it will be paid sometime in December.

6. Ms. Rabia receives a cell phone bill for $45. She uses her cell phone only for business. The bill is for services provided during November and is due December 15. 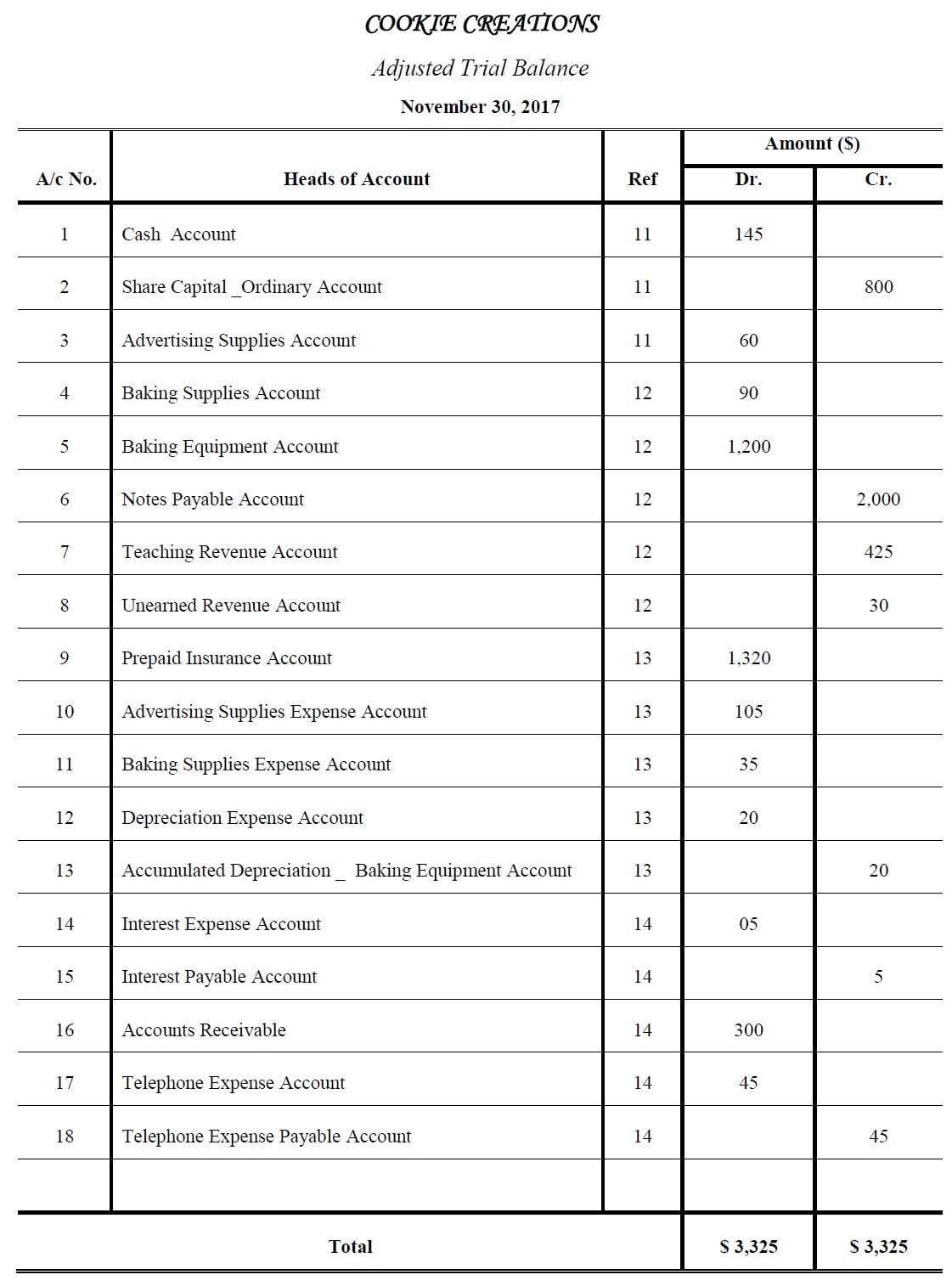