The depreciation expense on office equipment for the month of March is Rs. 50. This is the second month that the office Equipment, which cost Rs. 950, has been owned. Prepare the adjusting entry for March and show the adjustment using written down method (WDM) for depreciation recording.

Bad Debts during the year were Rs.  1,500. Pass journal entry by using direct write off method for bad debt treatment.

Prepare the journal entry for XYZ Company to estimates Rs. 17,000 of Bad debt expense for the year 2017 by using allowance method for bad debt treatment.

Prepare the journal entries for ABC Company to record cash collections was Rs. 900 that represented collections of Accounts receivable that had previously been written off.

a. Depreciation on the company’s machinery is computed to be Rs.16,000 by cost method

b. The prepaid Insurance account had a Rs. 9,000 debit balance at December 31, 2010, before adjusting for the costs of any expired coverage. An analysis of the company’s insurance policies showed that Rs. 3,000 of unexpired insurance coverage remains

d. One half of the work related to Rs. 10,000 received in advance was performed during the period

f. On December 31, of the current year, a company’s unadjusted trial balance revealed the following: Accounts receivable of Rs. 185,600; and Allowance for Doubtful Accounts of Rs. 1,600 (credit balance). Prepare the adjusting journal entry to record the estimate for bad debts, assuming 6% of the accounts receivable balance is assumed to be uncollectible 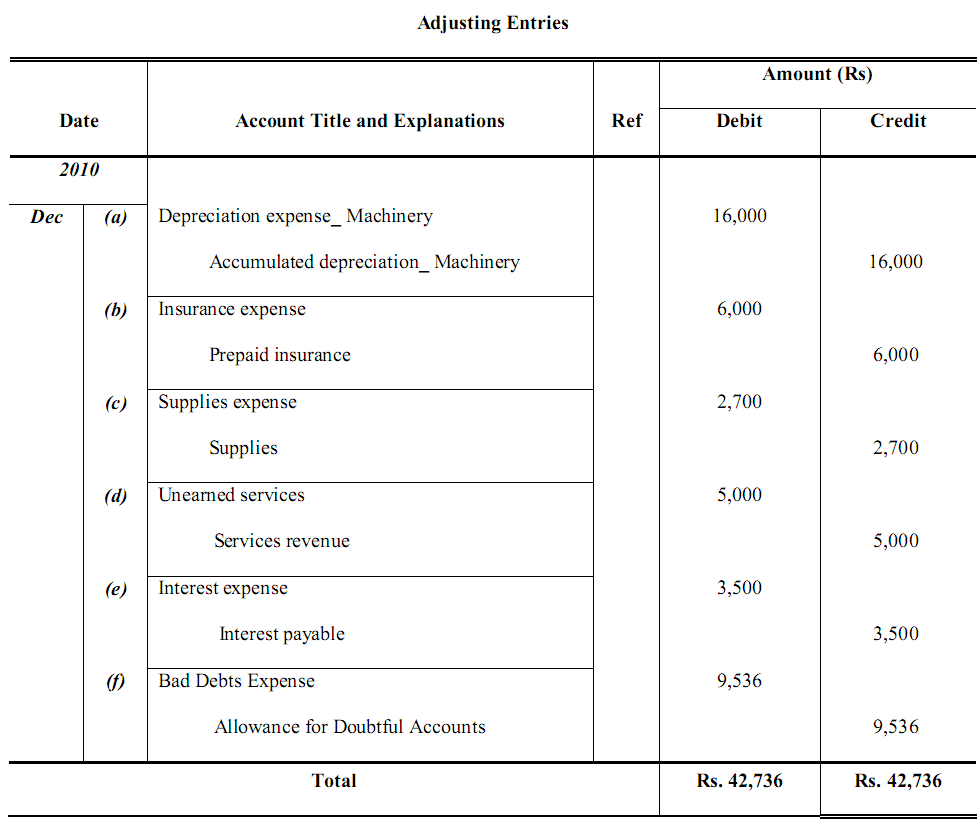 AR Khan Country Club adjusts its accounts monthly and closes its accounts annually.  Club members pay their annual dues in advance by January 4. The entire amount is initially credited to Unearned Membership Dues.  At the end of each month, an appropriate portion of this amount is credited to Membership Dues Earned. The following information is available as a source for preparing adjusting entries at December 31, 2016:

1. Salaries earned by club’s employees that have not yet been recorded or paid amount to Rs. 17,500

2. Membership dues earned in December, for collections received in January, amount to Rs. 80,000

3. Depreciation of the country club’s equipment is based on an estimated life of 10 years by WDM.  The equipments had originally been purchased for Rs. 180,000.  The straight-line method is used

4. A 12-month bank loan in the amount of Rs. 50,000 had been obtained by the country club on October 1.  Interest is computed at an annual rate of 12%.  The entire Rs. 50,000, plus all of the interest accrued over the 12-month life of the loan, is due in full on September 30 of the upcoming year.  The necessary adjusting entry was made on November 30 to record the first two months of accrued interest expense.  However, no adjustment has been made to record interest expense accrued in December

5. A one-year property insurance policy had been purchased on March 31.  The entire premium of Rs. 2,400 was initially recorded as Unexpired Insurance

6. Unrecorded Income Taxes Expense accrued in December amounts to Rs. 1,700.  This amount will not be paid until January 15 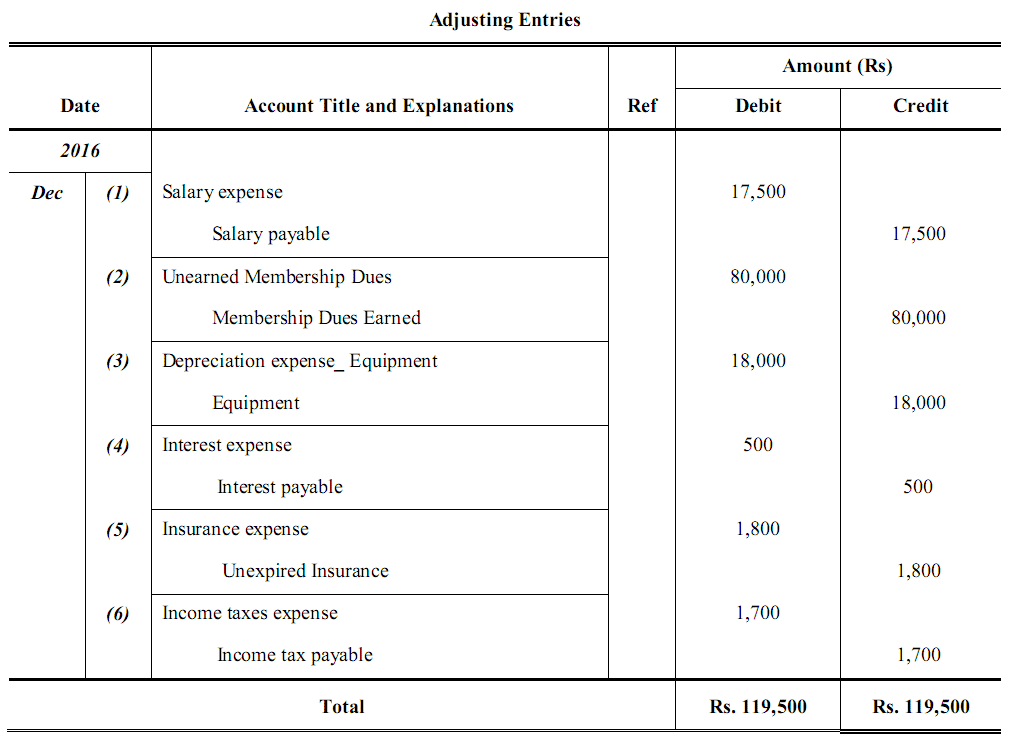 Back to Accounting Problems and Solutions